Despite the Best Intensions 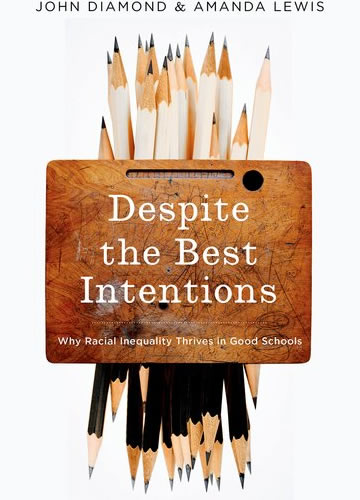 Despite the Best Intensions

On the surface, Riverview High School looks like the post-racial ideal. Serving an enviably affluent, diverse, and liberal district, the school is well-funded, its teachers are well-trained, and many of its students are high-achieving. Yet Riverview has not escaped the same unrelenting question that plagues schools throughout America: why is it that even when all of the circumstances seem right, black and Latina/o students continue to lag behind their peers?

Through five years' worth of interviews and data-gathering at Riverview, John Diamond and Amanda Lewis have created a powerful and illuminating study of how the racial achievement gap continues to afflict American schools more than fifty years after the formal dismantling of segregation. As students progress from elementary school to middle school to high school, their level of academic achievement increasingly tracks along racial lines, with white and Asian students maintaining higher GPAs and standardized testing scores, taking more advanced classes, and attaining better college admission results than their black and Latina/o counterparts. Most research to date has focused on the role of poverty, family stability, and other external influences in explaining poor performance at school, especially in urban contexts. Diamond and Lewis instead situate their research in a suburban school, and look at what factors within the school itself could be causing the disparity. Most crucially, they challenge many common explanations of the "racial achievement gap," exploring what race actually means in this situation, and how it matters.

Diamond and Lewis' research brings clarity and data into a debate that is too often dominated by stereotyping, race-baiting, and demagoguery. An in-depth study with far-reaching consequences, Despite the Best Intentions revolutionizes our understanding of both the knotty problem of academic disparities and the larger question of the color line in American society.